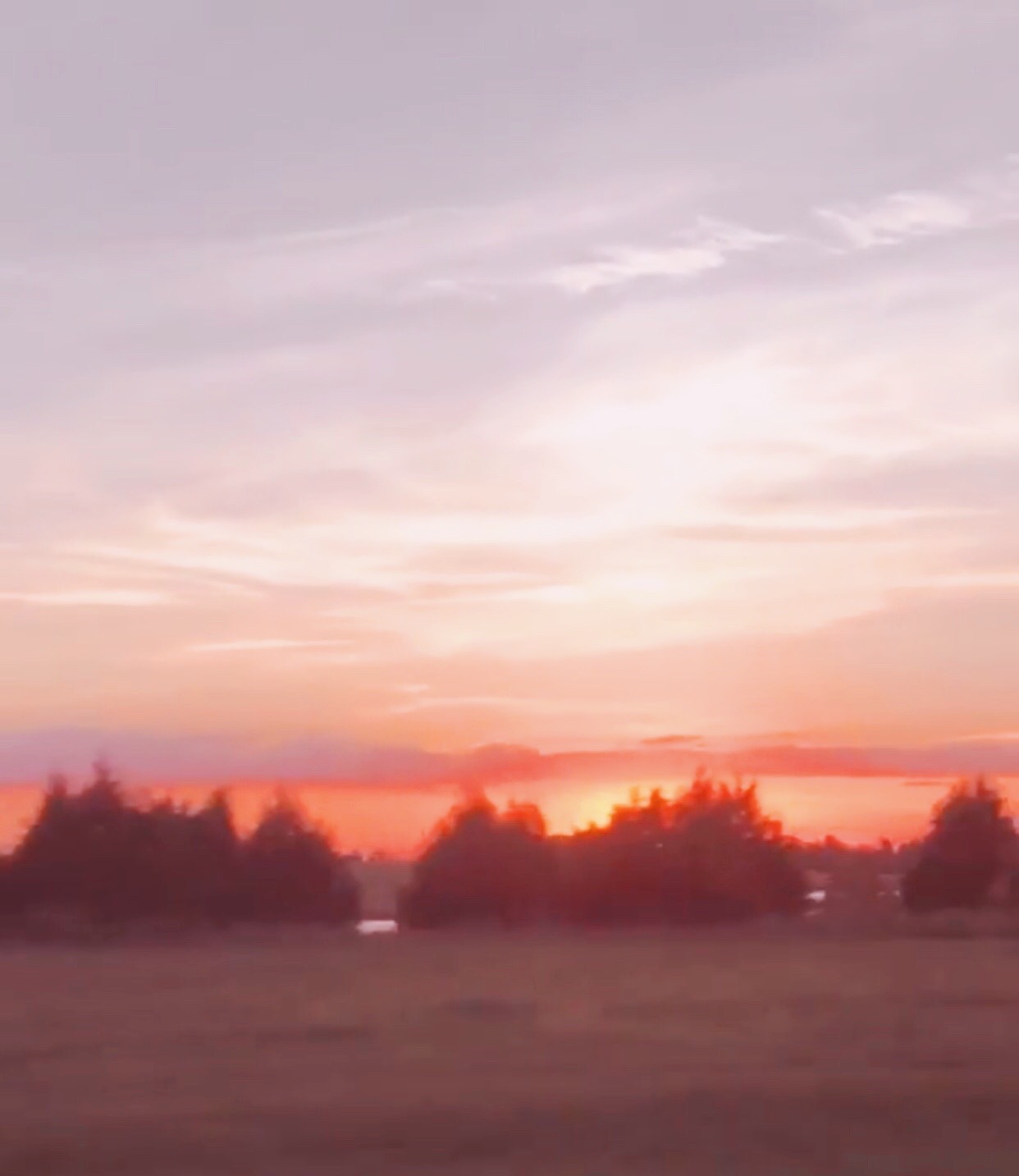 The sunsets down here are GORGEOUS!

At the time of me writing this post, it’s been a year since I moved south aka to Mississippi. Actually, it’s a little bit over. But only by a week or so. I actually debated whether I wanted to write a separate post about my first year in the mid-south. But obviously I landed on just doing it part of this monthly roundup. More on my first year later. Let’s talk about the third month in quarantine.

I know I skipped last month, but honestly there wasn’t that much to update y’all on. At this point, there isn’t a whole lot to update you on this month either. However, there are a few highlights. It’s Memorial Day Monday when I’m writing this and it’s been a strange one. We’re all still in quarantine so there isn’t much that people can do to honor those that have fallen. I personally don’t do a whole lot on this day to honor those soldiers, or the ones in my family who served and are now gone, other than sending out a message on social media. That is only because I don’t live close enough to where they are buried to go and honor them. Believe me, I would be if I was.

Okay! I lied to you! I know, I know. I’m sorry. I started writing this post on Memorial Day. I am now writing this post today, Wednesday. You are reading this now, on a Thursday. Well, fingers crossed that is. Let’s see. What should I update you on next?

I will talk about the fun and cool thing that happened to me this month. I got to meet a famous person! How cool?! Okay, first I’m using famous person because I’ve said multiple times in multiple places on the Internet that I actually despise the word ‘celebrity.’ I think it’s lost all meaning because there are sooo many different types of them out there now. I’m not too keen on the word ‘famous’ either, but it’s better. So, yes! I’m using ‘famous person’ here. Now that I’m done with that tangent, let’s move on to the person I met. Well, it was a virtual meet and greet. I got to meet the MICHAEL VLAMIS!!! Why did I think I had to put his name in all capitals? Your guess is as good as mine. LOL! If you’ve been around since last year, you know I’m a huge fan of Roswell, New Mexico and Michael’s. This month he launched a new line of his merch and one of the things being sold was virtual meet and greets. So, you know I was on the site first thing and snatching up one of them. Guys! There’s one thing you need to know about me. I don’t actively go and do meet and greets with famous people. It’s actually one of the most terrifying things I’ve ever done. There have been three other famous people I’ve met in my life and all three times have been awkward on my part. I just clam up! It’s really embarrassing. Okay, maybe slightly embarrassing and all in my head. Haha!

I actually talk about why I have a hard time with this kind of thing over on my instagram here. I feel like I explained it pretty well over there, so go have a read. Back to the meet and greet. It was actually pretty good overall. I was nervous all day, the meet and greet was at 7:00 pm. So I had to wait ALL DAY which didn’t help. I tried distracting myself the whole time, but it didn’t help. So, when 7:00 pm did finally roll around, I was beyond nervous. I also bought the meet and greet package that only gave me a minute with him, so that also didn’t help. I got so nervous and rambly and I could just tell I was out of my comfort zone. I don’t know if he noticed, but I certainly noticed. We took pictures, which was cool in and of itself. They used this program that lets you do it. My pictures tell a thousand stories of how nervous I was. They are so stiff and horrible. Y’all! I’m not that big of a fan of being in front of the camera. You can see the evidence below. What threw me off the most is that as soon as he came on he said, “Hey! I know you!” Y’all! I was so EMBARRASSED! Mortified even. There’s one thing you need to know that explains this. I may or may not comment on his pictures and Twitter posts an embarrassingly exorbitant amount. It’s bad! All in all, I guess it was a pretty good experience. But, I won’t be doing it again any time soon. 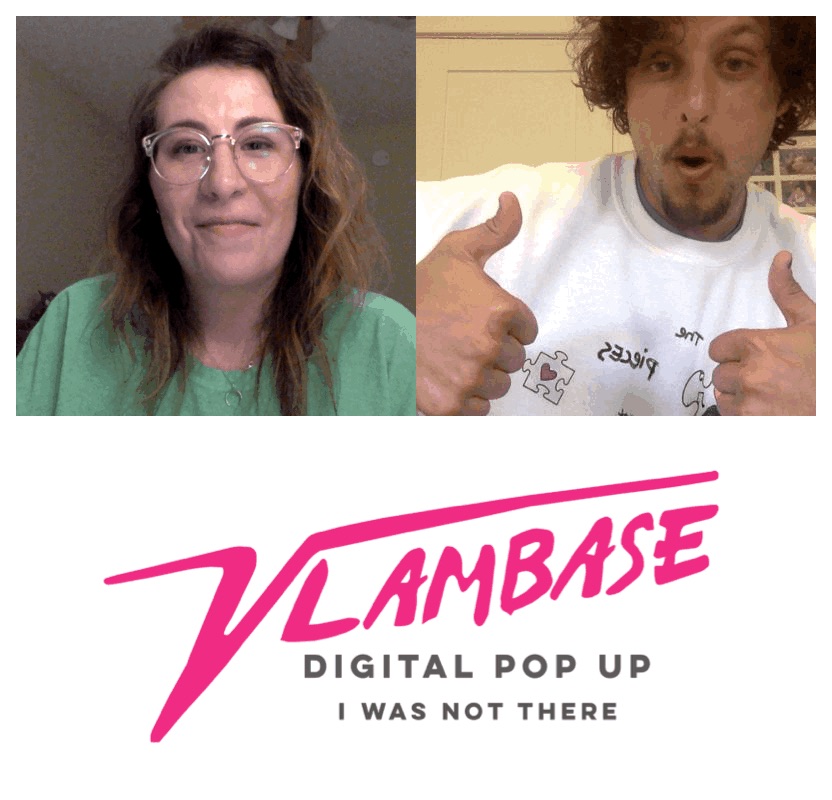 Look! I’m so awkward! I cringe every time I look at these pictures.

What has it been like living in Mississippi/mid-south now that a year has passed? Wow Jess! Great transition from the last subject. Yes, it’s been a year since I moved south from the very cold north. I mean temperature, not temperament. It’s actually been alright. I did have a bit of time transitioning when it came to mental health and overall acclimating to my new surroundings. I really missed my friends. Still do. I didn’t get to go back to see them in December, so that was tough. Luckily, a couple of my friends came through this area late fall last year so I got to catch up with them. That was a lot of fun to meet up with them for bit.

I had to get used to a whole new way of life. People in the south live a very different lifestyle. They are all very nice & polite down here. They are also very nonchalant in the way they handle things. It’s all, “Maam’s and sir’s,” when addressing people. And by nonchalant, I mean they are very laid back. I also had to get used to the southern accents. Now, I’m no stranger to a southern drawl. My grandma was from the south. She grew up in Macon, Georgia and lived there pretty much all her life. She never lost her accent when she moved west to California. So, I was always around it when I visited her. But when you are constantly around people with a southern accent, it takes some getting used to. I’m actually a pretty big fan of the accent and can imitate pretty well. But as someone who is from the north and has a very northern accent, I have become hyper-aware of it. Before I left Minnesota, I had been to other places where others had noticed my accent. And I had noticed it too, especially when I say the word ‘Minnesota’. As I typed it, I could hear myself saying the long ‘o’. Lol!

Let’s see. What else have I noticed/learned in a year of living in Mississippi. Well, I live really close to the border of Memphis/Tennessee. I mean, within 10 to 15 minutes from it. Places are much closer together down here. I used to think that I was more of a city girl, but then I moved to Mississippi and my whole mindset changed. One of the many reasons I moved with my family down here (yes, for now, I still live with my parents. This is a whole other topic for another day.), is that it was getting very crowded in the suburbs of Minnesota. Things were growing very fast where we lived, which is great and all, but it was time to get out of dodge as they say. We now live out in the country, granted not that far out. We still have pretty close neighbors, but we also have way more land. I have found that I actually enjoy being out further from any major city. I guess I have become a country girl.

Honestly, I could go on and on about the things I’ve noticed and the things I’ve learned. That might just have to be a separate post. I really just wanted to give you a highlight reel here.

I didn’t really have any favorites this month. However, I did buy some new products in the Sephora VIB sale. I’ve been using those all month and thought I would do some separate posts on them. I filmed the haul and you can watch it here. It’s a three parter, I’ve linked the first part. I also started reading Normal People this past weekend. I’m half way through and really enjoying it so far. It’s been on my ‘to read’ list for awhile now, but seeing as there’s now a show on Hulu I really wanted to pick it up. I’ll let you know what I think when I’m finished. I also picked up Where the Crawdads Sing, but I haven’t started it (obviously) and I actually let my mom borrow it. I don’t think she has started it yet, so I don’t know when I’ll get to it. Both are award winners and on all kinds of top book lists, so I felt compelled to finally start reading them. Guys! I have so many books on the go. My TBR list is insane! Because of that, I hesitate to ask what y’all have been reading. But let me know down in the comments. 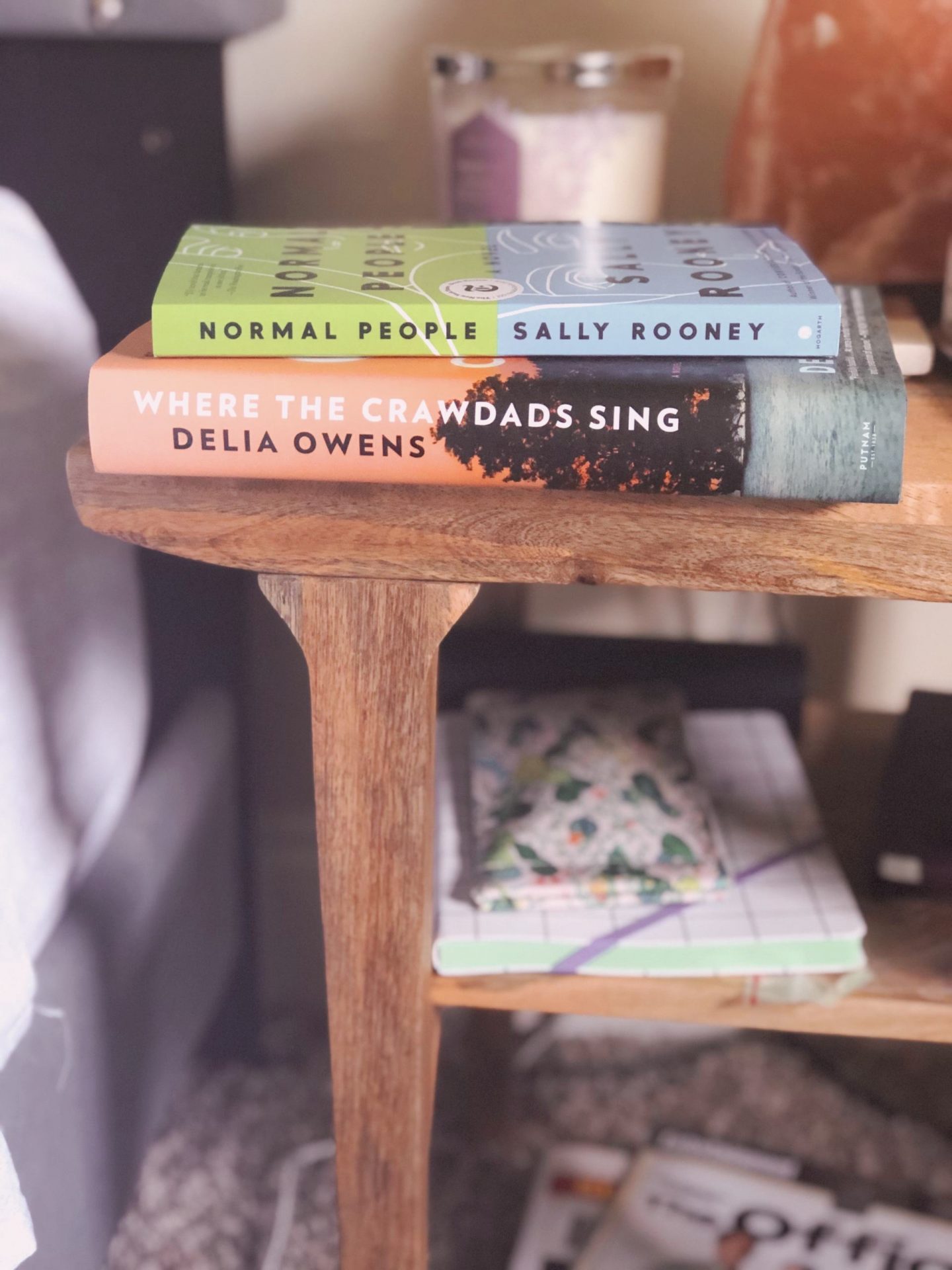 That’s been my month. A whole lot of nothing sprinkled with some exciting stuff. We are living in weird times with the pandemic and all. I honestly could do a whole separate post on how I’ve been feeling about that. I hope you are all doing well and coping okay. It’s okay if you aren’t. I have had my days too. Just know that you aren’t alone. If you need to talk to someone, do it. If you want to talk to a total stranger about how you’re feeling, feel free to leave me a comment, dm, or email. I’m here to listen. Okay, that was pretty somber! Let’s leave this post on a happy note.

I honestly can’t think of anything happy other than I love you all. I don’t know how many people are actually reading my blog, but just know that I sincerely love you all for doing so.