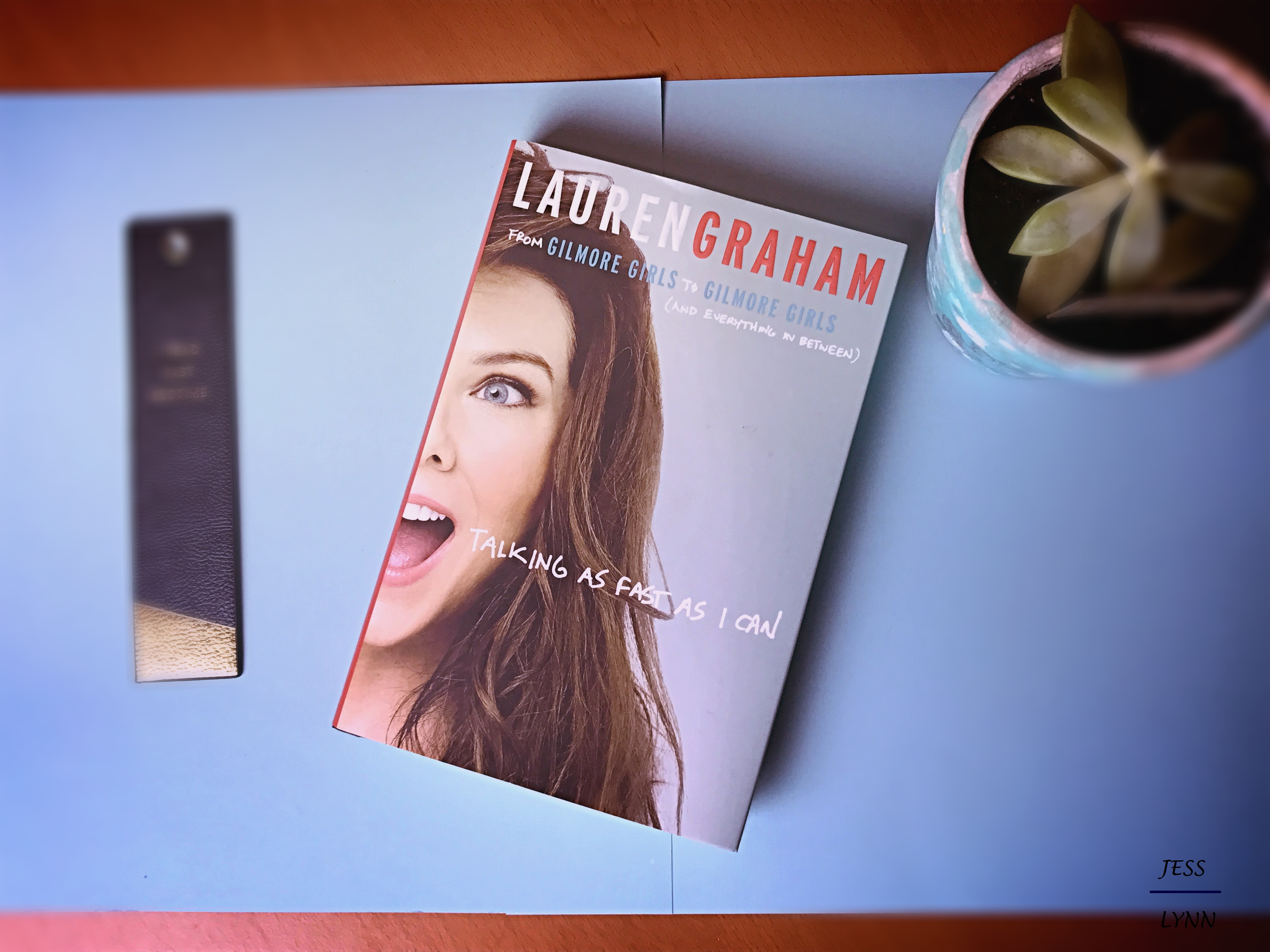 I was really excited to read this book because I knew, and hoped, that there would be lots on Lauren’s time on the set of Gilmore Girls. Turns out that there wasn’t a lot on it, but the way she talked about it was satisfactory in my eyes. Basically, the book is about her childhood and coming up in the entertainment business. So your typical memoir/autobiography style book.
I have always liked reading books in this style, so I knew this would be right up my alley and it was 🙂 Instead of blathering on about the style of the book, I’ll get on with the actual parts of the book I liked and disliked 🙂
There were tons of things I learned about Lauren that I hadn’t known before. There were also parts of the book that I could do and live without. For example, in her intro she talks about the one character she was happy to get to play again. Now, if you’re a super fan of Lauren’s and Gilmore Girls like myself you might be think it’s Lorelai. Well, she tricks us readers and says it’s Dolly Gallagher Levi from ‘Hello, Dolly!’ I found this part funny because of what I said before. You want her to say Lorelai 😉 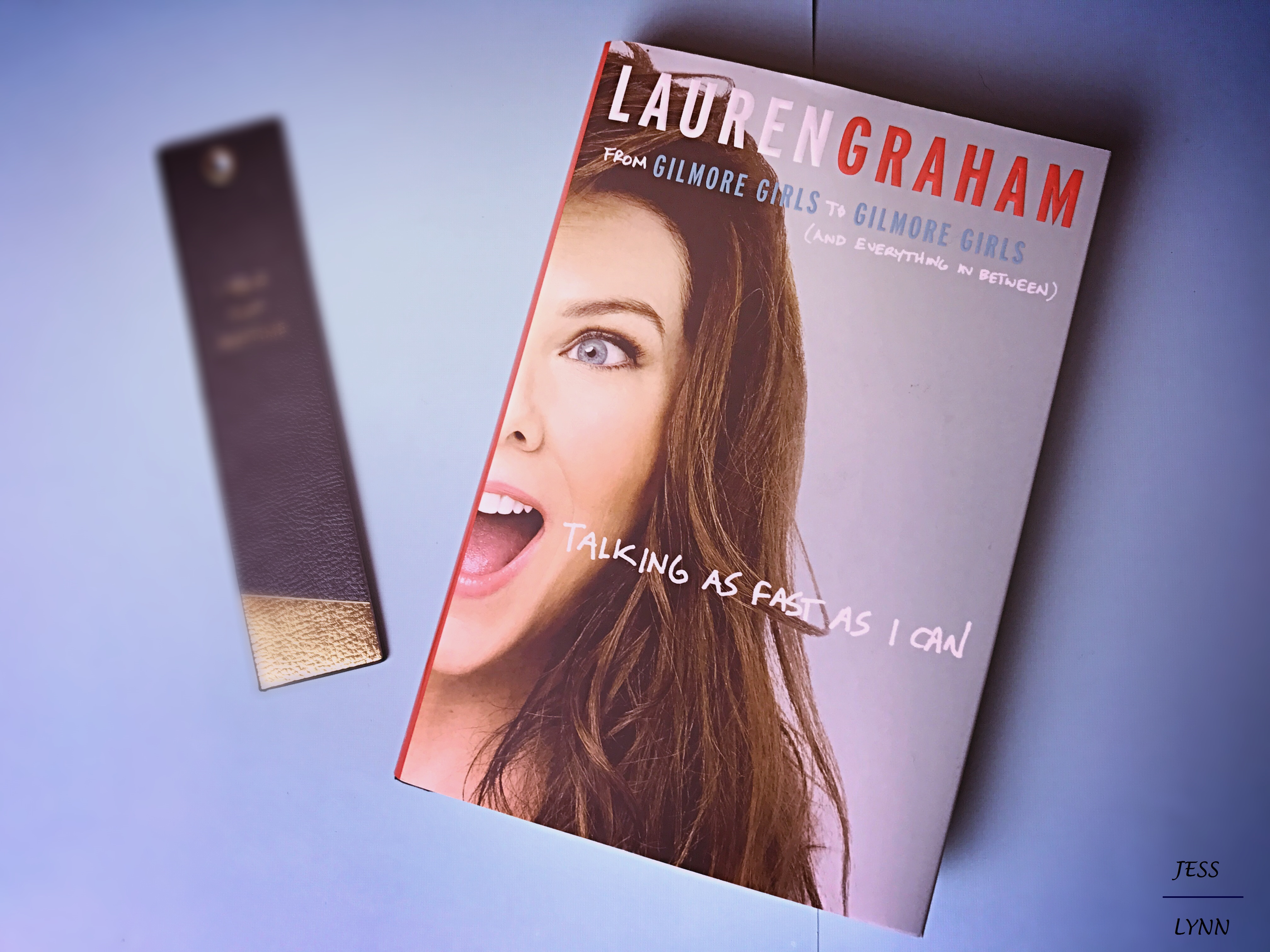 Now for the parts I didn’t like so much, and there aren’t many. She an affinity to use exclamation points for almost everything. These made it really hard to read the book. Is that too nit picky? The only other part I didn’t enjoy was her chapter ‘You Can’t Be Vegan Just For Ellen’. I just saw it as a pointless rant and filler for the book. Is that too harsh? 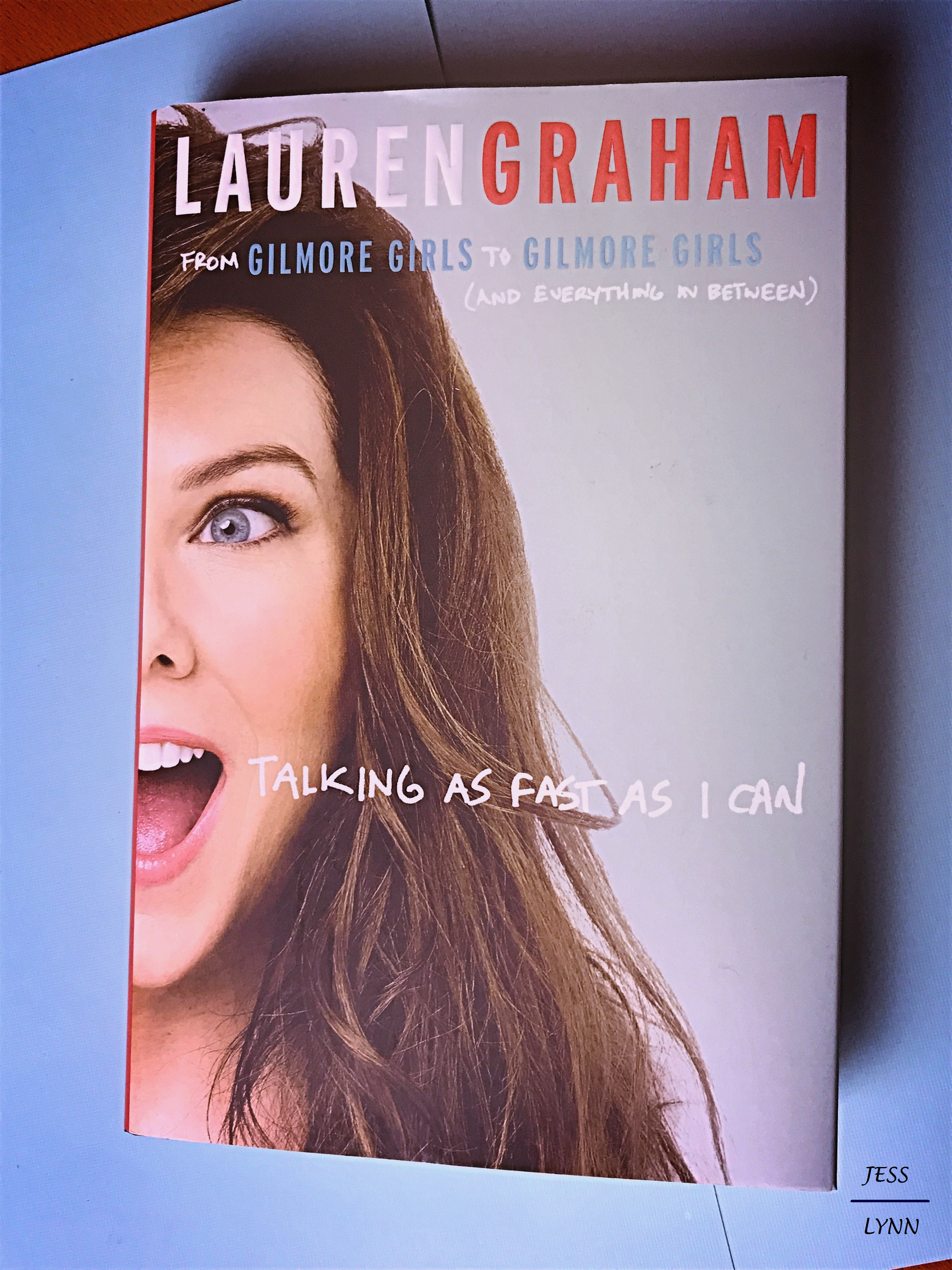 Okay, let’s get back to the good stuff and what I’m sure all you have been waiting for. The parts where Lauren talks about Gilmore Girls. There are only two chapters where she discusses her time on the show, ‘What It Was Like Part One and What It Was Like Part Two’. Reading part one brought back all the mems for me, even though I have watched the show at least 100x over. I found this chapter interesting because you get a feel for how she was feeling throughout the show and how she felt when it ended.
If you don’t know, season 7 was not the best and was not really loved by fans, myself included. This was a transition time for not only the network, but also the directors (Amy Sherman-Palladino and Dan Palladino). Unfortunately, Amy and Dan left the show before this season due to contract issues and they brought in a new director who had a different vision. It also ended weirdly for the cast. It turns out the only two people who found out formally that the show was ending was Lauren and Alexis, who played Rory. It was interesting to read this and really get a feel for what actually was happening because I only heard that season 7 was being directed by someone else and a few other bits and bobs. I really felt for the cast when reading this.
Now onto ‘What It Was Like Part Two’. This chapter was about her time on the reboot that came out at the beginning of this year on Netflix. This was fun to read because while on set she kept a diary and that is what you see on the pages. It was interesting to go through each day and find out what happened. I really got a feel and Lauren described it so well that I felt like I was right there witnessing and experiencing it with her. She mentioned Ed Hermann, who played Mr. Richard Gilmore. As soon as I started reading this, I started tearing up. If you don’t know, or are not a fan, Ed passed away the winter before they started shooting this show. You might think that it’s weird that I teared up while reading, but as a super fan of the show I became attached to the actors/actresses and their characters.
The best part was her reaction to the famous ‘last four words’. Amy wanted to end the show with them originally, don’t worry I will not spoil or ruin them for you 😉 But as I said before, she didn’t get the chance to. Reading this gave me chills all over again. I was soo surprised and shocked when I heard them that reading this part gave me that same feeling.
I could go on and on about this book, but I will spare you and end my review here. Overall, I enjoyed reading the book and getting to know one of my favorite actresses a little better.

Let me know if you are Gilmore Girls nerd like myself and whether you have read this book. Tell me how many times you have watched the show in the comments below. It would be interesting to know 🙂